In my first piece for @The1014Rugby, a look at how Ireland have scored their tries in the current World Cup cycle: https://t.co/CBmoE4ujE2

The respective Autumn campaigns of Ireland and Australia sat at opposite extremes of the stylistic spectrum: Michael Cheika’s side alternated between incisive wide attack and moments of frustrating indiscipline and poor decision-making, while Joe Schmidt’s carried powerfully and was exceptionally accurate at tackle and breakdown. Despite claiming wins over New Zealand and Australia, a number of issues in attack which have been present throughout Schmidt’s tenure recurred in the 12 point loss to the All Blacks in Dublin, during which they spent long periods deep inside opposition territory and came away with no tries. This performance comes with the caveat that Jonny Sexton, Robbie Henshaw and CJ Stander – three key figures in their attack in Chicago – had all left the field within half an hour, but we have seen enough of Ireland’s attack with those players present over the past three seasons to tentatively assume that scoring five tries against the world champions was the exception that proves the rule: in order to be so ruthlessly successful, the attacking system they operate requires accuracy and intensity which is unsustainable over a series, season or World Cup cycle.

Contrast this to Australia, whose 1-3-3-1 system looks to have been enhanced by the addition of former New Zealand skills coach Mick Byrne to the coaching staff; in amongst the senseless infringements and maddening turnovers, they have been able to create wide line breaks regularly and finish these chances rather clinically. Their offloading game has clearly developed as the season has progressed, but Reece Hodge’s two ill-advised efforts in the first half are evidence that their decision-making and execution in this area still needs work. Sefa Naivalu’s effort on the left wing in the last five minutes of the test is another excellent example of their required technical progress: after manipulating his arms above the tackler he attempts to transfer the ball without readjusting the height of his hand, and the ball follows a path from high to low which is impossible for his teammate to regather. (Compare this to the supreme work of Anton Lienert-Brown – as Will Greenwood highlights here – who excels at lifting the ball into space for his team-mates from low to high.) As these skills continue to develop, however, Australia’s wide phase attack – which is already one of the best in the world – will continue to grow, and gives Michael Cheika a clear focus around which to build his gameplan.

The diagrams below (inspired by the stellar work of Dutch football blog 11tegen11.net) represent an attempt to visualise both teams’ attacking styles by mapping common passing combinations from November’s test match. Each line between players represents two or more passes between these players (with passer and recipient indicated by the direction of the arrow), and the width of each line corresponds to the number of passes. Where a line emanates from one player but does not have a direct recipient, it indicates that the player made two or more passes from that position to a multitude of players but no more than one to any single player. The diagram does not attempt to map the x- and y-coordinates of each pass; arrows pointed in the direction of the right touchline indicate passing combinations made when the team was playing from left to right, and vice versa.

END_OF_DOCUMENT_TOKEN_TO_BE_REPLACED 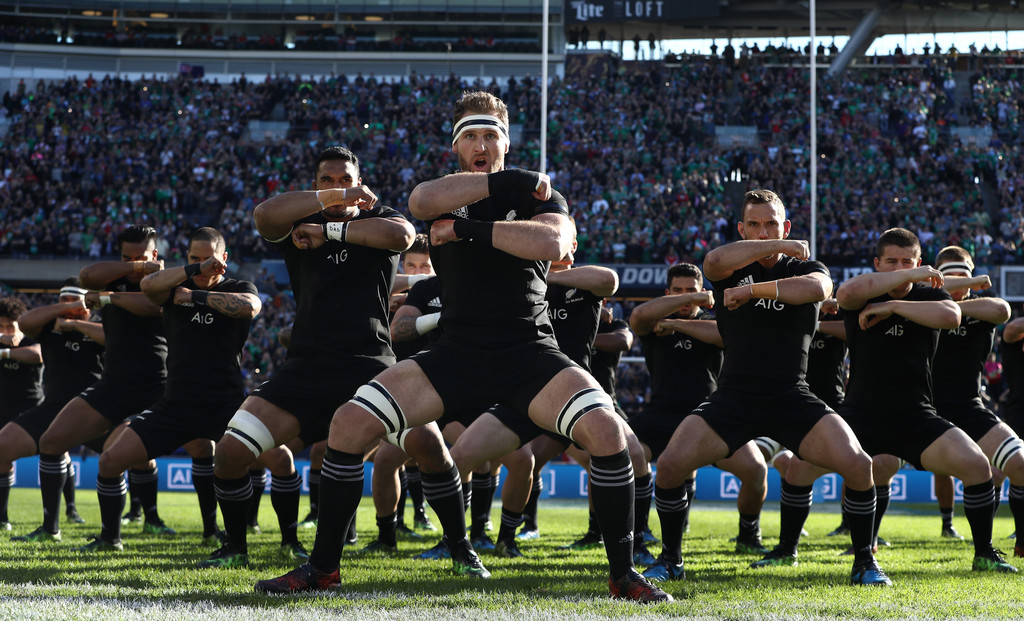 The emotional release which followed last Saturday’s historic victory over the All Blacks in Chicago was astounding. The atmosphere of drama, history and meaning began from the moment the Irish responded to the haka with a tribute to the late Anthony Foley – a moment that demonstrated why this still-nascent professional game must allow space for its traditions to be maintained, imbuing the game with colour and establishing a nexus with its amateur past which other sports have long since lost. It was heightened by New Zealand’s stirring fightback to 33-29 with 15 minutes remaining, and encapsulated by Jamie Heaslip sinking to his knees in a moment of introspection after shaking the hands of the opposition, contemplating the enormity of the 80 minutes which had passed.

END_OF_DOCUMENT_TOKEN_TO_BE_REPLACED

Before last week’s first test at Newlands, I wrote this piece for Ultimate Rugby on Ireland’s attack over the past 3 seasons under Joe Schmidt. It was great to see Ireland come out and move the ball wide effectively early in the contest – Paddy Jackson at 10, Robbie Henshaw at 13 and Jared Payne at 15 were all important to their success in this regard. Henshaw exhibited the passing ability that has been clear from his play with Connacht, while Jared Payne’s positional play attacking from fullback was far superior to that of Rob Kearney during the 6 Nations. The red card to CJ Stander in the opening quarter obviously caused Ireland to narrow their attack and implement a more conservative gameplan, but it will be fascinating to see how they approach the second test with a series win there for the taking.

This was originally a guest post on Ultimate Rugby.

END_OF_DOCUMENT_TOKEN_TO_BE_REPLACED

England have operated an impressive defence in this year’s 6 Nations, and in the 3 games so far it has been the platform for their success: the intensity that Paul Gustard’s scheme has injected into their play makes it difficult for opponents to get on to the front foot in attack, and with the ball they have been able to feed off the turnover opportunities it creates. Athletes like George Kruis, Maro Itoje and James Haskell thrive in a system that requires them to work off the line, cut down space and win physical battles in the contact area; on the outside, Owen Farrell and Jonathan Joseph couple similarly sound physical capabilities in the tackle with excellent lateral movement and tracking of runners.