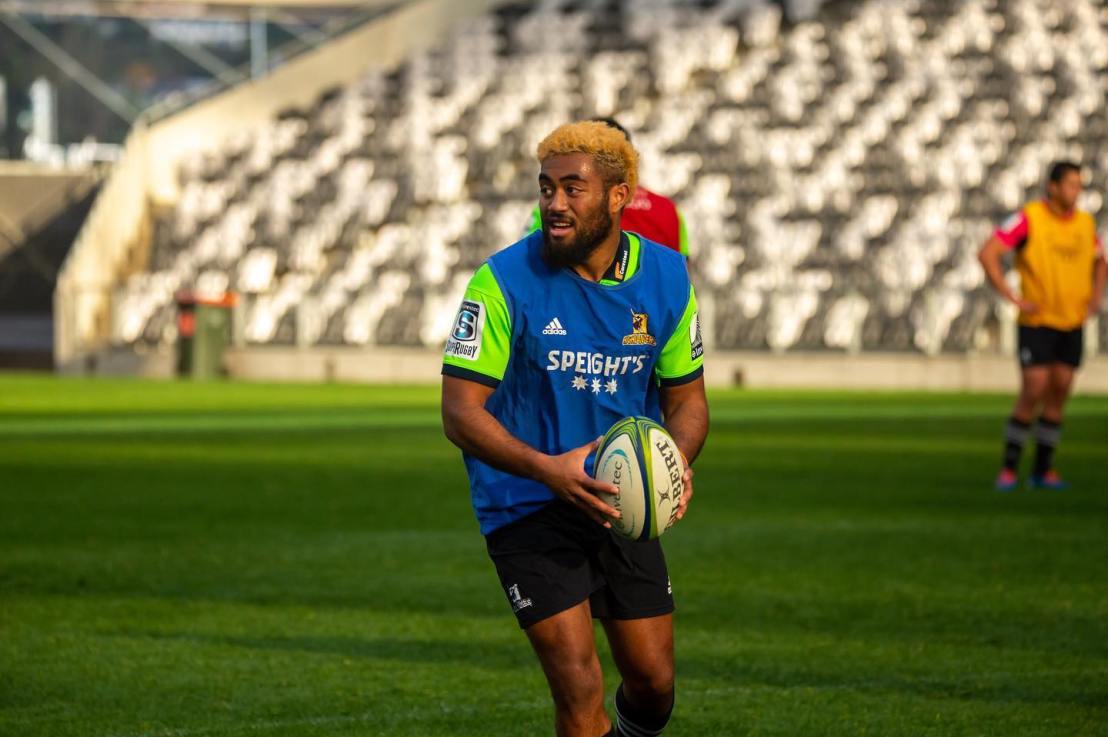 Sign up to The Tip-On, a free weekly newsletter – beginning on Thursday 18th June – containing analysis of professional rugby in New Zealand.

Situated in the smallest of the 5 urban centres to support a Super Rugby franchise and over 300 kilometres to the south of their nearest competitor, the Highlanders are in an unenviable position relative to the other New Zealand clubs.

The Dunedin side has consistently been reliant on bringing in players from other provinces to supplement those from its own catchment area – aided by the fact that it is a student town with a strong university rugby club – and with a steady period of good recruitment and “continuity” in the later years of the Jamie Joseph-Tony Brown-Scott McLeod ticket, they were able to challenge consistently at the top end of the Super competition.

However, in the 3 years since Brown and McLeod departed – the former joining Joseph with Japan, having succeeded him as head coach for a season, and the latter moving into a position with the All Blacks – there has been significant turnover and disruption. Although Brown has returned to Dunedin for the 2020 season as an assistant – and brought some exciting ideas back with him from the Brave Blossoms – Aaron Mauger has had to watch on as the majority of their title-winning side of 2015 departs for overseas clubs.

This level of squad turnover has had an undoubted impact on their on-field performance so far in 2020, with their average points margin per game dropping from last year’s respectable mark of +1.4 to -14.4. While bringing Brown back into the coaching team is undoubtedly a positive move, this critical loss of talent and cohesion – means that it will likely take much more time and development among the new playing group to vault the franchise back to contender status.

After a disastrous 2013 season under Joseph (where they finished with a 3-0-13 W-D-L record and an average points margin of -7.6), the Highlanders underwent a clear tactical transition in 2014 and became a team much more comfortable playing without the ball: they averaged fewer than 46% of their fixtures’ total carries made between 2014 and 2017, and were able to pair this with an excellent defence from 2015 onwards.

Under Mauger in 2018 and 2019, their attack remained basically as strong as ever – scoring, on average, around 27 or 28 points per game – but it was their defence which took a substantial step back:

As well as their bottom-line effectiveness taking a clear backward step after McLeod’s promotion to test rugby, there have also been a number of notable negative trends in key indicators of defensive performance during Mauger’s years in charge.

Having ranked highly in terms of both the number of metres they conceded per carry and the rate of clean breaks they allowed during 2016 and 2017 – with their marks in both metrics equivalent to 0.9x the league-average figure in the first year, and 0.8x in the second – they declined by both measures in 2018 (posting 1.0x the league-average metres per carry conceded, and 1.1x the rate of clean breaks allowed) and got worse again in 2019 (1.1x and 1.2x respectively).

They have actually managed to get themselves back to a league-average mark in each metric in 2020 to date, but have fallen to conceding over 30 points per game for the first time since 2013. This discrepancy between process and outcome is largely explained by the fact that so far this year they have given up 1.4 tries per game directly from turnovers such as interceptions and dropped balls.

For context, this is double the average for the other 4 Kiwi teams put together: the Blues, Chiefs, Crusaders and Hurricanes have combined to concede only 0.7 of these scores per game. Moreover, in scoring those 7 tries, their opponents have only had to make 4 passes in total; 5 of them have been returned for scores by the player who claimed the turnover.

The decision to move All Black Josh Ioane back inside from second to first five-eighth in the revised domestic competition – which could reunite him in a more familiar combination with centres Teihorangi Walden and Rob Thompson – should improve their midfield cohesion somewhat, and reduce the frequency of these costly errors. However, it may also put a dampener on what has been one of the most interesting parts of the Highlanders’ attack strategy so far this year: their short kicking game, and the regularity with which they use it.

With Brown’s return, they are back to kicking more regularly in general. They do so in open play once every 4.2 carries, in line with their marks in Joseph’s later years and in contrast to the last 2 years under Mauger (5.6 and 5.3 in 2018 and 2019 respectively). Part of this is their employment of Aaron Smith as their primary exit option: per FOX Sports, Highlanders scrum-halves have made 38.1% of their team’s total kicks so far this year – comfortably the highest proportion among the 5 Kiwi franchises.

However, they also used their two natural fly-halves in the front line – Ioane at 12, and new recruit Mitchell Hunt at 10 – to kick often on early phases with a view to the ball being regathered, including regularly off set-piece attack. (Using Jona Nareki from the blindside wing over the back of a lineout or at first receiver is their other set-piece staple.) This was on display in their game against the Sharks; in the aftermath of a dispiriting home loss, their creation of two different tries by two different playmakers (and from two different types of kick) will have been heartening to Brown.

In the first score, Hunt finds Nareki on the openside wing with a crosskick over the Sharks’ aggressive, wing-led press, giving Nareki a chance to beat the retreating defenders with his footwork and finish:

Hunt gets the ball to his man in space in a fashion not dissimilar to the way Richie Mo’unga and Sevu Reece combined in the All Blacks’ opening game of last year’s World Cup against South Africa, evidence that there is something of a consensus building among Kiwi coaches that this is an effective way to counter shooting South African defences.

In the second, Ioane steps in at first receiver on the short side and stabs a pinpoint grubber behind the Sharks blitzing in the 15m channel. His teammates flood through in support and finish thanks to some excellent handling from loose forward Teariki Ben-Nicholas:

As noted above, the likely 10-12-13 combination of Ioane-Walden-Thompson should bring with it an increased level of cohesion, but the degree of player turnover elsewhere means that it’s unreasonable to expect too much of an improvement in terms of results for the rest of 2020.

This is especially so given that there will likely be two new players being integrated outside them. Both Nehe Milner-Skudder and Vilimoni Koroi should be in Mauger’s first-choice back three with Nareki (when fully fit), but it will be yet more disruption to a team in dire need of stability:

Smith is the nailed-on starter at 9, but look out for the lively 20-year-old Tongan Folau Fakatava if he gets minutes ahead of Kayne Hammington at the position. Hunt is the other player likely to feature regularly in the halves after moving down from the Crusaders, and could be an option to start at fullback if they want to attempt a different iteration of the double-playmaker strategy.

In the forwards, Marino Mikaele-Tu’u made a promising start to the season at 8: pairing him with another strong carrier in Shannon Frizell potentially gives the team a high-powered back row, with Dillon Hunt likely to split them at openside.

In the second row, they would do well to commit to a partnership of Pari Pari Parkinson and Manaaki Selby-Rickit for the long-term, although Josh Dickson has also put in some admirable performances this year. Parkinson and Selby-Rickit would make a complementary duo: the former is disruptive in defence and at the maul, using his long arms to wreak havoc, while the Southlander – who was banned for the early part of the season by NZR after an assault conviction – is mobile and an excellent ball-player. As Mauger commented before the season was suspended, his “point of difference is his ability to play“:

In Ayden Johnstone and Daniel Lienert-Brown at loosehead, Liam Coltman and Ash Dixon at hooker and Siate Tokolahi and Jeff Thwaites at tighthead, they have serviceable players across the front row; Ethan de Groot, Ricky Jackson and Josh Iosefa-Scott are the respective younger, higher-potential options in those 3 slots.

Taking the longer view, however, the real prospect they possess in this position group is Saula Mau. The Tongan-born former Auckland GS tighthead has a massive frame and has worked hard during his time in Dunedin; he made a good impression on Otago head coach Ben Herring when he was with the senior provincial side last year, and according to Mauger was named the Highlanders’ players’ player of their pre-Christmas preseason block. And it is not just in Dunedin that he is highly thought of: despite not being eligible for Kiwi teams in international rugby until next year on residency grounds, he has been brought into the national U20 training programme having committed his future to the nation and is seen as “as a big part of New Zealand Rugby moving forward“.

The Highlanders begin their Super Rugby campaign at home to the Chiefs on Saturday (kick-off: 8:05am UK time).

2 thoughts on “Super Rugby Aotearoa: what to expect from the Highlanders”